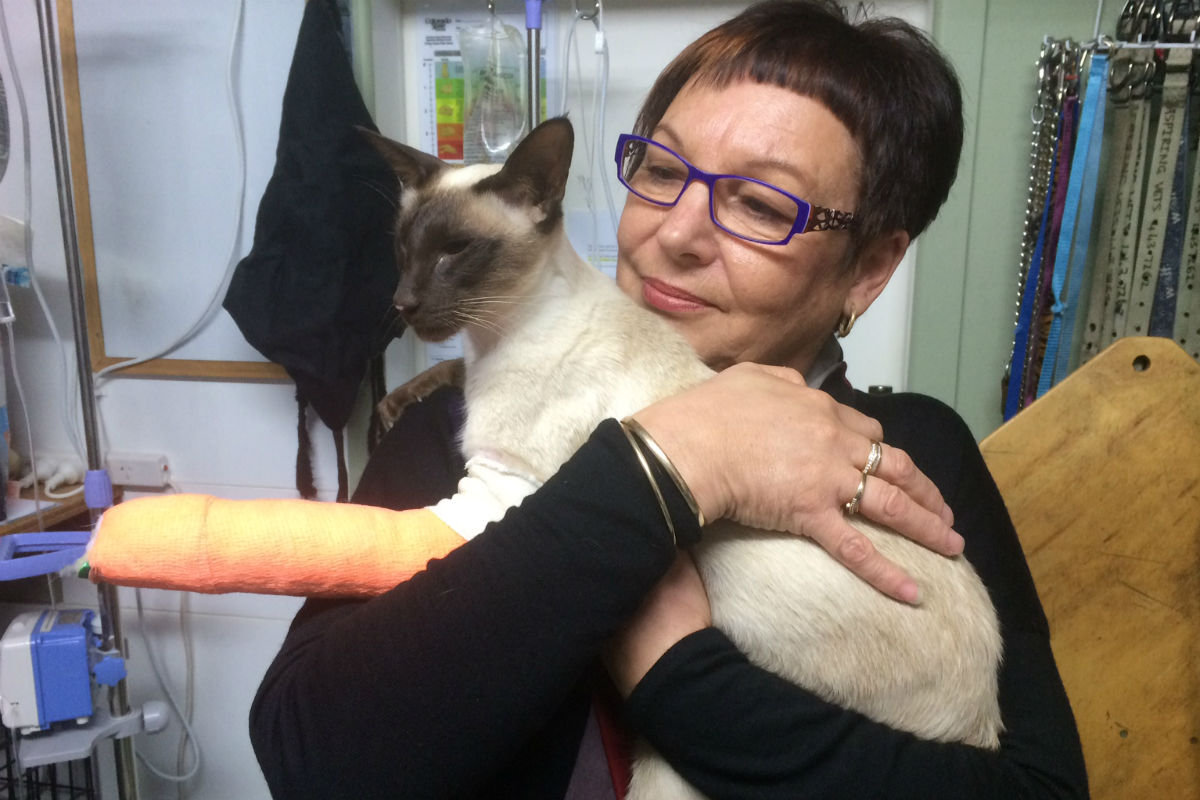 A man who allegedly shot his neighbour’s cat with a gun in Wanaka has been charged with ill-treatment of an animal.

Michele Capstick was shocked when her Siamese cat Coco returned to their Alpine View Lodge in Wanaka last Thursday night, with his leg "just dangling".

"The gunshot shattered his whole bone", she says. "His leg just looked like it was being held together by sinews and tendons."

Their three-year-old chocolate point Siamese cat is being treated for a serious injury, but could still lose the leg.

Because Coco often hunts rabbits, Michele called around her neighbours asking if anyone knew about the incident, with one man admitting he had "shot a cat".

"We don’t have any problem with feral cats here," she says.  "It was just deliberate and it’s really shocking."

She says Coco is a friendly laid-back cat, who is popular with visitors at their Bed & Breakfast lodge.

"The guests just love him. He’s even been known to sleep in the guest’s rooms overnight."

The Wanaka man will appear in the Queenstown District Court later this month, charged under the Animal Welfare Act.